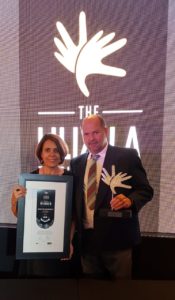 The Lilizela Awards is an initiative of the National Department of Tourism, which has been held annually since 2012, and awards people, experiences and places in South Africa that promote tourism in South Africa and represent the best that the tourism industry in South Africa can offer local and foreign tourists. Any establishment graded by TGCSA can enter in different categories and grading levels, and the prizes are awarded per province. Public participation and perception of the business plays a big role, with votes by the public and the Tripadvisor score of the establishment counting 80% of the score. The other 20% is awarded by a panel of judges (in 2018 this panel consisted of 28 judges from all over the tourism industry).

Data from the Tourism Grading Council of South Africa’s Tourism Analytics Programme – a platform with reviews for establishments that have an online presence and includes reviews from TripAdvisor – was also used by the judges. The judging process and results were audited by Nexia SAB & T.

The award ceremony for the 2018 competition took place on 27 October during a star studded event at the Sandton Convention Centre in Johannesburg.

BouBou would like to thank everyone who voted for us in this year’s awards as well as the many visitors that contributed to our Tripadvisor score. Our passion is and will be to provide uncompromising and exceptional accommodation, service and to make your stay one of comfort, leisure, and rejuvenation. The appreciation shown for the service provided make Boubou Bed and Breakfast not just a stopover, but a luxurious destination.

Click here to have a look at the accommodation offered at BouBou Guesthouse, for luxurious accommodation in the North West Province near Rustenburg

Are you looking for accommodation in Rustenburg to stay at while enjoying your time in the North West Province?

Boubou Bed & Breakfast offers luxurious accommodation near Sun City and Pilanesberg as well as Rustenburg, We have four rooms on offer at very affordable prices.

King or twin bedroom (sleeping 2) with an adjoining open plan bathroom with shower only.

Double bedroom (sleeping 1) with an adjoining open plan bathroom with shower only.

Spacious double bedroom (sleeping 2), with twin beds which can be converted into a double bed on request.

This luxurious double bedroom (sleeping 2), is furnished with a king-size bed, a private bath spa / jacuzzi, shower and sauna.